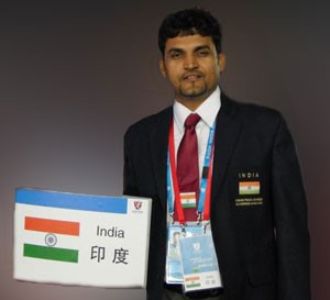 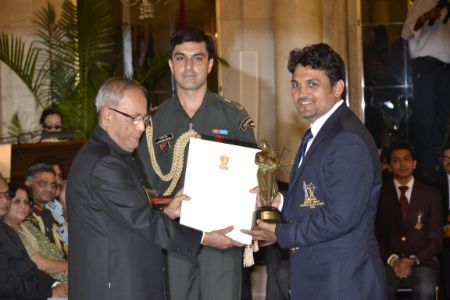 Dr Satyapal Singh, Assistant Professor of Physical Education in Acharya Narendra Dev College (University of Delhi) has been selected for the prestigious Dronacharya Award in Para-Athletics category for the year 2012. This is for the first time in the history of the University of Delhi that a teacher from its constituent colleges has been selected for this prestigious award.

Dr Satyapal Singh has been selected for the award for his tireless efforts in training the disabled for para-athletic competitions since the year 2007 as the official coach appointed by the Sports Authority of India. He was the Athletics Coach of the Indian contingent which participated in the 10th Asian Para Games held in Guangzhou, China in 2010 that bagged one Gold and four Silver medals. His specialized coaching enabled the Indian sport persons to bag one Silver and four Bronze medals in the 4th International Blind Sports Federation World Championship held in Antalya, Turkey in 2011. His trainee Ram Karan Singh has been selected for the Arjuna Award for the year 2012. Jagseer Singh who was conferred the Arjuna Award in 2010 was also trained by him.